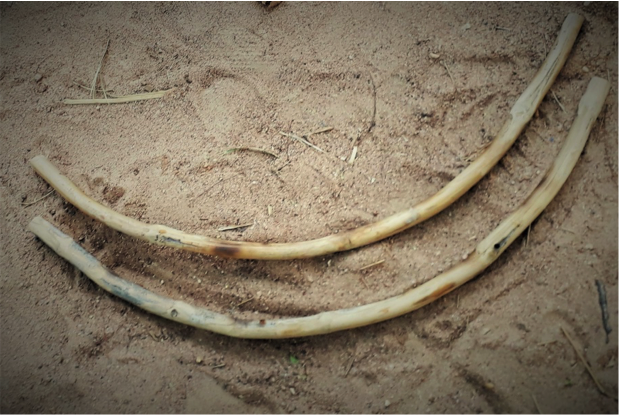 AIM of STUDY (Bending a Bamboo)

The aim of the study is to evolve a way to bend the bamboo which can be useful for different purposes. The method used for the purpose should resolve the problem of blackening of the bamboo which takes place in the commonly used technique of bending bamboo. The study was conducted to prevent the bamboo from blackening while bending the bamboo. This was done so that the bamboo can be used for different purpose such as furniture, lamps construction etc. without thinking of the blackening that has occurred due to the use of burner.

The bamboo sticks are large hollow tubular trunks of the bamboo plant which consists of about 60-70 % of fiber content, thus making it light though strong enough to be efficiently used in the construction industry. The fibers are spread longitudinally along the length of the bamboo stick with its strength proportional to the length though the tensile strength differs within the species. As the fibers are longitudinally spread, it makes it easier to bend without breaking or cracking the bamboo. The bamboo sticks consists of various internodes which is the most durable part of the whole cylindrical plant. Unlike the plant, the internodes are solid and thus are point of contact used to bend the sticks.

The commercial practice of bending the bamboo involves heat of the stick at high temperatures through open flames at the internodes and the applying pressure in the desired direction to create the preferred bend in the stick. At last when the desired bend in bamboo is achieved, it is then dipped into cold water to make the bend permanent. This tried and tested procedure though effective, leaves a blackened mark on the stick where the heat was applied.

The fundament of the technique lies in basic phenomenon of expansion through heat. When heat is applied to the bamboo, the fibers expand and thus making it soft enough to bend it without breaking.

A series of experiments where performed to understand and evolve a technique to achieve the desired aim of the study.

The bamboo stick was covered with thin sheets of metal, as metal is a good conductor of heat it should provide the bamboo wood with ample temperature to become ductile. As the metal covers the bamboo completely, it was assumed that the bamboo will not be blackened by the effect of direct heat on the surface. RESULT – not only the bamboo wood was found black at the point of conduction but due to the Metal covering, it was hard to give bamboo the desired shape.

The bamboo stick was made hollow from inside making it a cylindrical tube. Hot water was filled inside the hollow cylinder and the stick as covered from both ends. Now this arrangement was treated to open flames at the nodes to try and bend it. The whole idea behind filling the bamboo with hot water was that to reach a high temperature enough to bend it before it starts to blacken due to action of open flames on it. As the water is hot, the assumption taken was that the bamboo will heat up in less time and thus the aim will be achieved. RESULT – the experiment failed where not only the flames were starting to leave black marks on the bamboo but also the stick started to crack at points.

RESULT – It was found that while the green untreated bamboo and freshly treated not dried bamboo were easily bended with the application of heat gun on the other hand treated dried bamboo showed cracks or breaks apart when manipulated using heat gun. There were no black marks left behind due to the application of heat, though the green bamboo showed discoloration due to loss of moisture and turned pale. The conclusion drawn underlines that moisture is an important factor for the successful implementation of heat gun as a heat source rather than the traditional open flames otherwise it will start to crack or break apart. [Freshly treated bamboo and not dried] 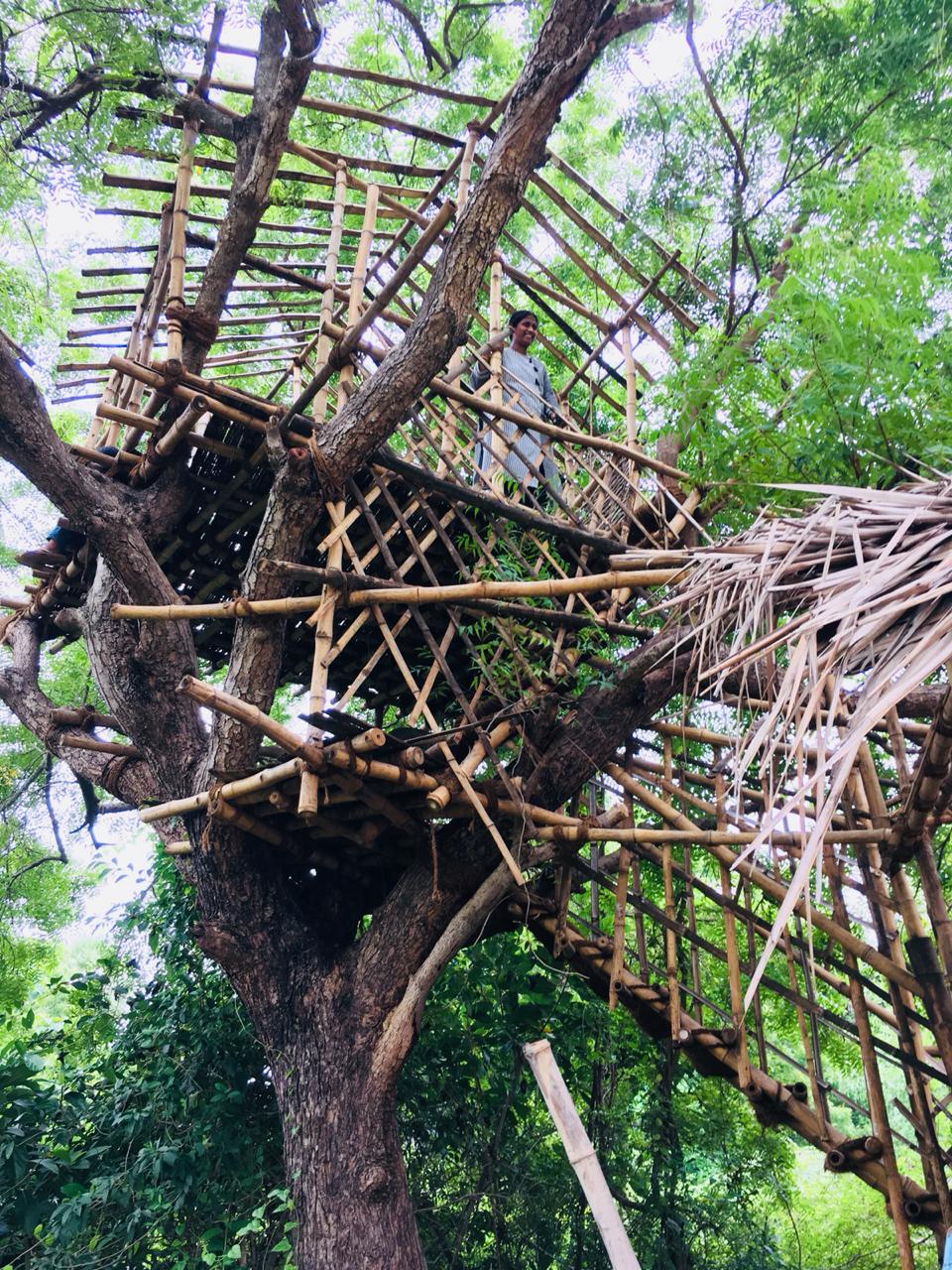